Naturalization: A Process To Become a Permanent U.S. Citizen

Naturalization process means turn into everlasting U.S. citizen and getting the relative rights that the enduring resident of the American nation has by birth. People who have moved to U.S.A. long back and fulfill the requirements can easily become a U.S. citizen. They have spent their lives for the country and invested their time and money. Therefore, with the Naturalization process, the government pays back to the invested time of a citizen. However, according to experts, gaining the permanent resident status is not an easy process. It involves following significant points:

For becoming a U.S. citizen, the person should be constantly living in the U.S.A. for five years. He should have attained the LPR status (lawful permanent resident status). The period is reduced to three years for the people whose spouses are U.S. citizens. Even the people who have obtained the LPR status based on their marriage but have broken up due to abuses or harassment by their spouses are also eligible. It is indeed essential for people to maintain the continuous resident status from the day of filing the application form amidst an oath ceremony.

Qualification for the Naturalization

Here are some of the important qualifications that one needs to possess if they want to get a PR of the U.S.A.-

Tests Required To Apply For Naturalization

The people who are applying for the Naturalization process need to take the two tests, especially in English and Civics’ subjects. The Civics test will include 10 questions based on the U.S., their history, and the government. The English test usually includes the speaking, writing and reading aspects. The Immigration provides the people two chances to pass this test. First test will be at the initial interview, where authority persons ask questions from the application. If a person does not clear it, they can take the test again after a period of 60-90 days.

If you are about to file for the Naturalization, then you should complete Form N-400. It is available at the official site of the U.S. Immigration Services.

After a person filling up of the application form, submit it, and pass the initial interviews and the test, then authority calls them to take an oath to become a U.S. citizen officially. The period can reach from One month to One year in which FBI makes the required investigation about the person. People can also keep the citizenship of their native country since the U.S.A allows Dual Citizenship.

Lastly, these are some of the important facts and points that throw light on the Naturalization process that the foreign nationals have to follow. 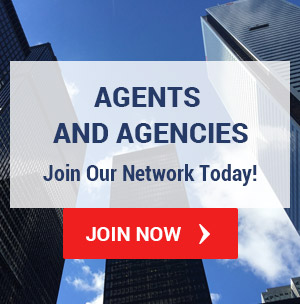