With the goal of job creation and economic development in areas that were not so developed, the United States of America launched the two investment visas – the E2 visa and the EB-5 visa. Through these work visas, foreign nationals get an authorization to work in the United States of America by investing in the country in either an existing entity or creating a new entity altogether and generating jobs for the American citizens in return.

The United States of Commerce has a treaty of commerce with some countries like Albania, Senegal, etc. This list of countries does not include Brazil, Russia, India, China and the like of countries. The E-2 visa is given for the purposes of trade between the United States of America and the country of which the applicant is a national, including trade in services and technology. However, the E-2 visa is also given to individuals investing or planning to invest a substantial amount of capital in development of operations of enterprises in the United States of America. In the latter case, it is absolutely essential that the applicant owns more than 50% of the enterprise in which the investment is made. The only exception to this is when the applicant is being brought onboard as a key employee of the enterprise.

The funds required for making the investment for an E-2 visa could be sourced from any legal foreign or American source like loans, pension funds, trusts, divorce settlements, gifts, etc.

The EB-5 is a classification given when an applicant is undergoing the process for obtaining a Green Card. It involves investing $900,000 to $1,800,000 plus the processing overhead cost, legal and filing fees into a business or in rural and economically less developed areas on in Government designated regional centers, while creating at least ten full time jobs for American citizens. The funds required for making the investment for an E-2 visa could be sourced from any legal foreign or American source like loans, pension funds, trusts, divorce settlements, gifts, etc.

There is generally a cap of around 10,000 EB-5 visas that are granted every year. The visa requires the applicant to have a minimum of a policy-making position in the venture he is investing into or establishing. The EB-5 is unusual from the other visas and work authorizations that lead to a Green Card due to the facts that this is the only visa that grants the applicant a Green Card at the outset, making the applicant eligible for applying for a citizenship in five years of receiving the visa. There is also no need for a re-application for the visa, and the applicant gets granted freedom to live and work anywhere in the United States.

Getting an entry into the United States through the investment route has become a very popular means for a lot of people around the world. India and China are the leading applicants for the investment-based visas today. Moreover, in times of downturn, these visas received a higher number of applications. The E-2 and EB-5 enable foreign nationals to immigrate to the States with the pride of entrepreneurship while benefiting the United States in numerous ways. 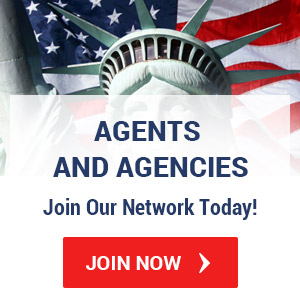